October 29, 2017. The sun was just peeking through the familiar autumn overcast in Winnipeg, Manitoba. This has historically been peak season for football fans in the city. The Blue Bombers were looking to close out their second consecutive season as playoff contenders, dropping the penultimate game to the BC Lions the evening prior. Hope among fans of the Blue has ebbed and flowed for years during this time. However, since 2011, a new hope awaits sports fans in the Peg for the winter.

The Winnipeg Jets were suiting up for a home game against the reigning Stanley Cup champs, the Pittsburgh Penguins.

My cousins from Kelowna, one of whom is a Winnipeg ex-pat, were visiting for the weekend. We enjoyed food, drinks and some football. I could feel his excitement to watch live Bomber football again, eat a nip at Salsbury House and of course, snag tickets to a Jets 2.0 home game. I struggled to share in his excitement about the latter. In fact, I passed on purchasing a ticket.

I had just sat in Bell MTS Place to watch my favourite hockey team drop a 5-2 loss to Columbus where you would need a microscope to find a shred of positive hockey. Between that experience, and the early shellacking by the Leafs and Flames, I was pretty apathetic about the prospects of the 2017-18 Jets, despite their winning record. It was the same core roster, the same poor defense and the same seemingly lack of urgency by the leaders of the team. The issues that had plagued the team since they returned were not fixed. The draft and develop would need another year, and I would patiently wait, head in my hands.

But something changed that cold Sunday, watching the game on my couch.

Suddenly, the Jets took off. My phone exploded with texts from my cousin and parents, astonished by what they were witnessing. This team was absolutely decimating the defending champions. The stars were scoring, the fourth line was scoring and there wasn’t an inch of ice for legends like Crosby or Malkin to find a way back into the game. My first thought was, obviously, regret for not buying the ticket. My second thought was, this team might be something to watch this year.

That is the moment I saw the potential of the Jets, for this year and beyond.

As the weeks passed, and Connor Hellebuyck continued to swallow up pucks, the image became increasingly clear. The city caught on fire with Jets mania, but that was the easy part. This city has never lost the love for their team, back from dead, despite the slow process. Then it was the media. Rolling four lines of big, fast, hard-on-the-puck hockey will catch the eye of any sports journalist, stat-junkies and story-tellers alike.

And the Jets continued to deliver.

Finishing second in the NHL and rolling their way through the first playoff game and series win in franchise history. Eventually, even the Toronto media came around. You can’t turn on a national sports broadcast without hearing a quick-witted quip from Paul Maurice, or about the new and improved Winnipeg Whiteout. They even caused the playoff format to come into question by running into the President’s Trophy winners in the second round. The Nashville Predators, another deserving team who have rose to dominance in seemingly a heartbeat.

As I sit here on the eve of Game 7, too anxious to worry about losing, I reflect on this season of metamorphosis. The ceilings for players like Mark Scheifele, Patrik Laine, Kyle Connor and Nikolaj Ehlers look infinite. Blake Wheeler, Bryan Little and Dustin Byfuglien are being rewarded for their leadership and patience. Connor Hellebuyck’s growth has paid off dividends.

Kevin Cheveldayoff had been slowly pulling back the curtain on his masterpiece, and now he has ripped it clean off. It may be raw, it may need some polishing, but it is fundamentally sound and has the personality and the foundation to become a long lasting monument in our city, and the hockey world. Success is fleeting, and nothing can be taken for granted in this league…

But regardless of the outcome tomorrow, the Jets have come of age, and Winnipeg is good. 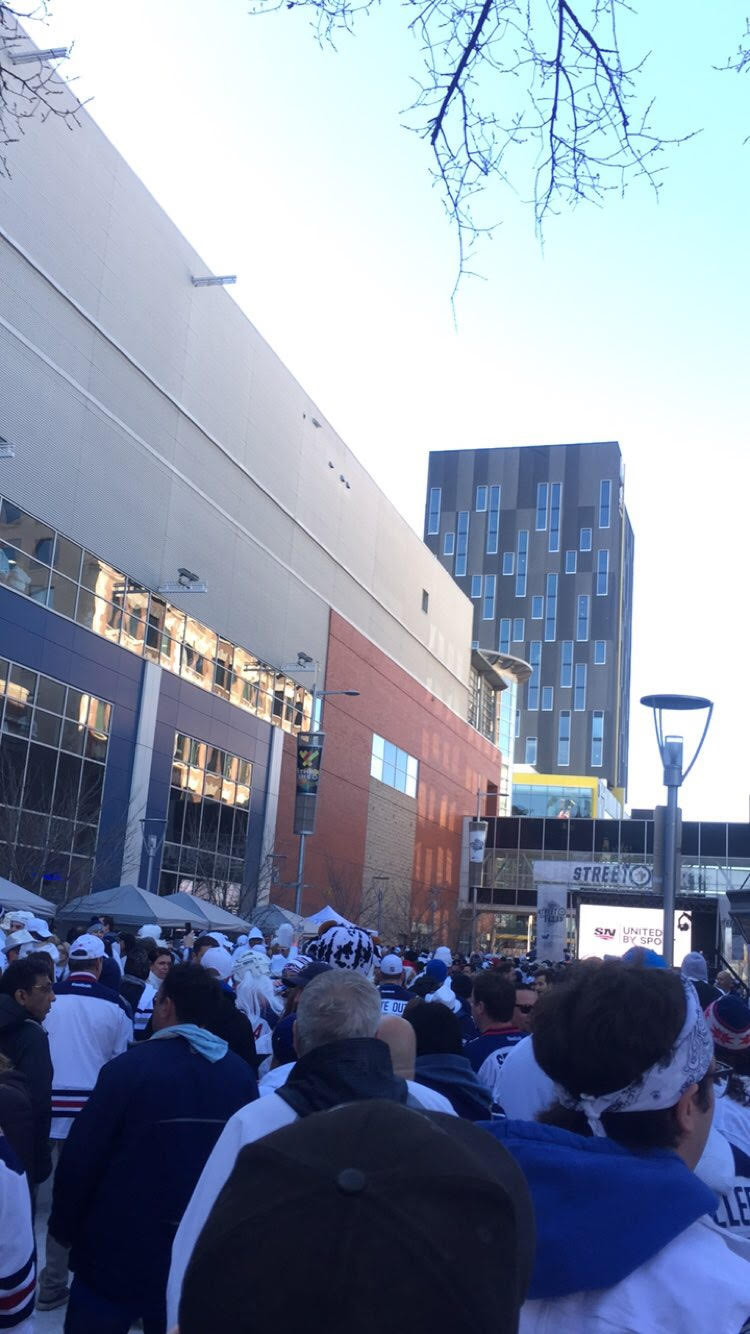